NO FEE UNLESS YOU WIN

Believe it or not, a Louisville dog bite attorney might be your best friend

Dog are special members of many American families. Even the most beloved canine companion can potentially bite and cause injuries, however.

If you have been attacked by a dog and hurt, you may want to consult an experienced dog bite attorney who can give guidance on what is often a difficult situation. You should be compensated for your suffering and any damages that may have occurred as a result of the attack — medical bills, lost work, painful injuries and permanent disability are all common.

Very grateful that I came across Hessig and Pohl. Special thanks to Marty and John. Doing your jobs to the best abilities, being available in anytime or way needed, that your job services provided. You guys definitely made a major positive impact on my life and I am greatly appreciative. Keep up the great work!!!!

You need experienced, effective help from the dog bite attorneys at Hessig & Pohl

There are around 90 million dogs kept as pets in the United States. Estimates show that 36 percent of home have at least one. According to the Centers for Disease Control and Prevention, those dogs cause around 4.5 million bite injuries per year.

The true numbers of injuries is likely much higher, as there is no centralized data collection regarding dog bites. Many instances go unreported, but an estimated 20 percent of dog attack injuries are serious enough to require medical attention. Every day there are more than 1,000 emergency department visits as a result of dog encounters.

Remember to ask about our Fee Free Guarantee!

Why Dogs May Bite

Anyone can be attacked by a dog. More than half of dog bites involve animals that are familiar to victim. Children, especially children ages five to nine, are often the ones most severely injured by dogs, because of their size and inability to always recognize a dangerous dog situation or aggressive behavior. Delivery persons and mail carriers also bear a higher risk of attack.

Dogs can be prone to biting for many reasons. A dog's personality or breed could potentially predispose it to being aggressive. Some dog breeds are recognized by insurance companies and cities as aggressive and can be restricted or banned. Breeds most commonly affected by these policies are pit bulls and other bull terrier-type dogs, German Shepherds, Rottweilers, Dobermans and Chow Chows. Biting and aggression are not breed specific though, and any dog has the potential to do serious harm.

A dog's negative prior experience with people or a history of neglect or abuse may make it bite out of fear. A dog may attack to protect its family members from harm, whether real or perceived, or to defend its territory, food or toys. It may be in pain. It may not have been properly socialized as a puppy, which can exacerbate bad behavior and fear. Sometimes the dog may simply be overly excited or playing too roughly and cause and unintentional injuries.

What to Do If You Are Bitten

There are steps to take immediately after a dog attack  which can increase your chances of being compensated, should you decide to take a case to court. Even if you are not sure of how you will handle the situation, it is very important to have well documented evidence of the attack and your injuries. It is better to have more information that is eventually needed than not enough.

Depending on the severity of your injury, seek the appropriate medical attention and follow any prescribed treatments. Be mindful of things like rabies and other potential infections.

Notify the owner of the dog if they are not aware of the incident today.

Get names and contact information of anyone who may have witnessed the attack.

Report the incident to the local police and/or animal control, especially if you feel the dog could pose a danger to others.

Contact an attorney who is experienced with dog bites and animal attacks.

Laws concerning dog bites vary from state to state but there are two basic types: negligence or strict liability. Under negligence laws the owner is only held responsible for injuries caused by their dog if they had reason to believe that the dog would bite or if their own negligent behavior contributed to the attack. For example, if they allowed their dog to roam without a leash and it bites someone, they would be negligent.

Kentucky follows strict liability laws, and these are more straightforward. Owners are responsible for injuries caused by their dogs in almost all cases.

In some strict liability states, an owner may not be responsible for their dog's actions in only tow scenarios: if they can prove that the injured person was trespassing on their private property or if the dog was provoked. Typically, a situation which scares or hurts the dog can be justified as provocation. However, in Kentucky the laws are different. A dog owner is responsible for all injuries caused by their pet, however, the amount paid as a result of a judgement in a dog bite case can be reduced when there is evidence of shared liability.

It is important to act quickly if you decide to take legal action and pursue compensation. In personal injury cases like a dog bite, Kentucky's statute of limitations laws say that you have one year from the date of your attack to initiate a case in court.

The homeowner's insurance policy of the dog owner typically will cover the damages incurred by the offending animal, even when the attack happened away from their home. In 2017, over $686 million was spent by insurance companies to cover dog-related injury claims, about one-third of claims, according to the Insurance Information Institute and State Farm Insurance. That figure had been growing steadily every year in terms of both number of claims and dollar amount of payouts.

Situations involving pets can quickly become difficult thanks to the high level of emotion involved. If a friend or family member's dog is responsible for your injuries, you may hesitate to speak with an attorney because you do not want to damage a relationship or because you are concerned about what will happen to the animal. However, you deserve fair compensation and the professional team at Hessig & Pohl can help.

The involvement of an insurance company may be reassuring because you can recover damages from a company and not the owner directly. This also guarantees that any compensation won will be paid. However, insurance companies are notoriously difficult to deal with. Hessig & Pohl can navigate this process with you, so you are sure they are playing fair.

At Hessig & Pohl, we understand how sensitive and complicated these cases can be. We have experience with dog bite injuries and can help you recover what was lost as a result of your attack. We offer the Fee Free Guarantee, and you will pay nothing if we cannot get you the compensation you deserve. As the premier dog bite attorneys in Louisville and throughout Kentucky, we are ready to help you. 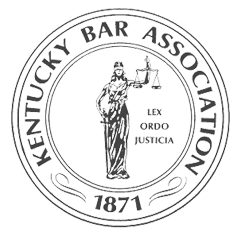 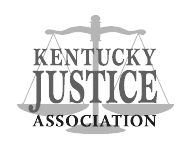 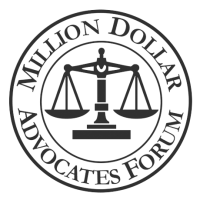